Suresh Subramanian, Principal Consultant-Aviation of Ramco explains how wearable devices will contribute towards a connected Aviation IT World.

Mobility has been the recent buzzword in the aviation industry and in keeping with this trend, we at Ramco, have started to look up to the mobile future; including leveraging next-generation wearable devices, in order to make hands-free maintenance operations a reality. Our objective is the development of mobile MRO solutions using next-generation Wearable devices, such as Google Glass and Smart Watch.

In a world increasingly driven by technology, the aviation industry is witnessing a paradigm shift in ways of working and we believe that a move to these new devices will serve to be a useful tool for aircraft mechanics, helping them to be more productive. Most of our line maintenance functions are now made available on wearable devices, helping the line maintenance manager and engineer check the inventory at the touch of their Google Glass, plus, perform other line maintenance functions (see below).
However, before we go any further into this subject, we need to address a current and misplaced concern regarding one of the devices themselves.
‘Google plans to discontinue sale of Google Glass’
This headline from an article in the Deccan Chronicle, dated 18th January, might seem an odd way to open a white paper on the subject of wearable technology. However, as that or something similar, may well be the latest headline that readers have seen on the subject, it makes sense to deal with it right away. It’s true as far as it goes, but the story it introduces is a lot less apocalyptic and a lot more positive when it continues to explain that while, ‘Google has announced that it will no longer sell its experimental first version of Glass… the Glass project would not be scrapped, with development continuing… [and] Although Google Glass won’t be available to individuals after January 19th, businesses and developers will still be able to purchase the product. (Author’s italics)… Google Glass is a type of wearable technology with an optical head-mounted display (OHMD).’
In a similarly balanced vein, Seamus Condron writing on the PC Mag website on 20th January explained that, while in the consumer market, “It was nearly impossible to accept any benefits of such a device, simply because the mere appearance of it was so polarizing.” In the workplace, “Google Glass proved to be a much more worthy tool in specialized industries such as medicine, where doctors used it during surgical procedures. It’s also been a hit in warehouse environments, dramatically improving how workers can access information while keeping both hands free…” That sounds like a familiar environment for anybody engaged in aircraft MRO. 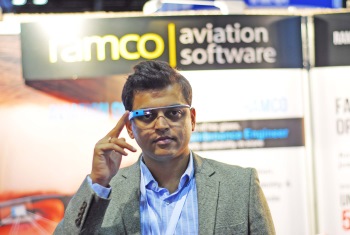 Wearable technology is here to stay… and to use
And, of course, the headsets with the funny little prism in front of the eye are not the only form of wearable technology available. People have been wearing Bluetooth earpieces for their mobile phones for some time and, from smart watches to wristband pedometers, audio headsets, smart materials and RFID fitted anything, as well as OHMDs, wearable technology is already in and here to stay. So, while some might wish to stand on the sidelines mocking a small (in the scheme of things) setback for Google Glass, others are already thinking, not just about how wearable technology will change the way we do things in the future, but also how the wearable technology of today can be applied right now to improve the way things are done, in increasingly complex and prescribed activities such as aircraft M&E/MRO. It was from this positive approach that we have taken our cue at Ramco in developing wearable device related solutions, as a part of the wider connected workplace.
Recent developments will create a paradigm shift in the way users interact with information and, while in theory, the wearable market consists of a range of devices (see above). Ramco based its initial developments on Smart Watches. The ability of these devices to seamlessly connect to other devices, such as mobile phones and iPads, platforms in which MRO IT solutions already run, acted as the prime mover towards investing in the wearable device revolution. Let’s look at an example of how a wearable device, such as a smart watch, can prove handy while an organization attempts to improve the productivity of its workforce, a perennial challenge in the Aviation MRO, today.
Using a smart watch solution to help with schedules and approvals 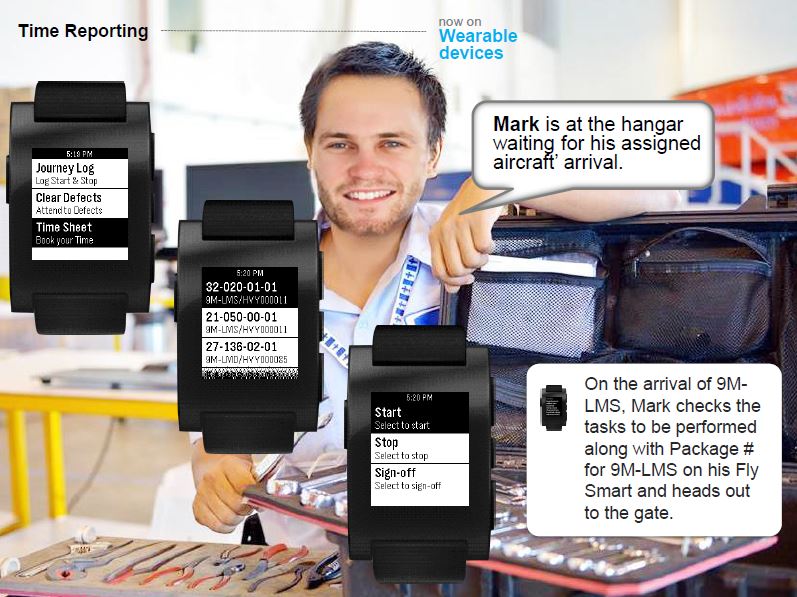 One routine activity for every mechanic, working in a hangar environment, is the need to accurately record and track his attendance and time spent, working on the tasks assigned to him. Currently, this is done using a system in which multiple employees log in and log out of tasks, a laborious process if there are limited systems available for access in a hangar, if the system is kept some way away from the aircraft or, worse still, if the whole process has to be done on paper. The end result is the unfavorable consequence of AMEs (aircraft maintenance engineers) or their supervisors spending time entering data – taking a part of their focus away from the core job of reducing maintenance downtimes. In an age of connected devices, why should the hangar environment be disconnected in this way?

Our wearable device based approach, uses a Pebble device, which runs apps if connected to an iPhone or an Android device and ensures that tasks allocated against mechanics – the progress of which is tracked real time – are visible in their wrist-worn devices. The screen displays the Package Reference #, the Aircraft Reg# and Component ID against which maintenance is being done and the Task ID and description. Signing in and out of tasks is now reduced to a few clicks on the screen, while accuracy is still maintained. The timesheet recording feature allows the mechanic to sign in and sign off a task using his handy tool. The task details seamlessly integrate with Ramco’s M&E system and enables real time calculation of labor hours, thereby speeding up the job costing process.
A similar example might be that of approving transactions – such as Discrepancies, or Purchase Orders – which can be facilitated using the device, within a few clicks of a button. We have developed a feature for the Smart Watch that we call Review Defects, which allows the mechanic to view the statuses of all the defects allocated to him at an aircraft or at a package level and he can either defer it or complete it. An inherent benefit of such innovations is their ability to facilitate hands-free computing for those who perform physical tasks, yet require information in real-time. Using this, a mechanic has the ability to interact with systems while still, physically, using both his hands to do the work, without any interruptions.
Google Glass offers a useful capability for MRO
Looking at the context of aircraft MRO, there are a number of functions for which a device such as Google Glass can be applied to add intelligence and hands-free capability to the way a task is completed. For instance, a mechanic can perform a component removal, attachment or replacement by scanning the QR code of the part, with just a swipe of the glass. In a wider sense, the mechanic can view the defects allocated to him against an aircraft. A next generation M&E/MRO IT system evaluates the nature of discrepancies and other scheduled line maintenance work planned for the particular aircraft (based on tail number) and creates appropriate tasks. The system identifies the appropriate line mechanic or line maintenance engineer based on skill and competency and then pushes the tasks as a work order to the Google Glass worn by the resource. At the touch of his Glass, the resource collects the parts required for the assigned work order from store and is then directed to the exact location of the assigned tail (aircraft) on the line, using his GPS enabled Google Glass.
Now, ERP on Google Glass
Now, returning to the reports on the future of Google Glass. “Although Google Glass won’t be available to individuals after January 19th, businesses and developers will still be able to purchase the product.” In November 2014, we launched our ERP (Enterprise Resource Planning) tool on Google Glass as well as smart watches, like the Pebble (see above).
The thinking behind this development is to enable ground engineers in global airlines, to ensure faster turnaround of large aircraft, like the all-digital Boeing Dreamliner. For every flight, the airplane crew – pilots, engineers, ground staff and cabin crew – has to document data, which runs into almost 500 pages. This data dynamically changes for every flight. At the end of a flight, the pilot provides a real-time report of snags, issues and possible problem areas for the next flight. The turnaround time for the aircraft directly depends on how quickly the engineering staff is able to address the issues raised by the pilot.
The idea of this development is to equip airline engineering crew with Google Glass devices and smart watches. As the airplane is entering its parking bay, the crew gets a list of to-do items that need to be completed before the next flight. Using this information and even before passengers have disembarked, replacement parts or software upgrades can be quickly ready to be installed.
Readers won’t need me to tell them that every extra minute an airplane spends standing in its parking bay, costs the airline or operator money. So, faster engineering turnarounds make for big savings which, hopefully, airlines will pass on to customers. We are finding that many India-based airlines and other Asian carriers are, even now, trying out a combined solution based on Google Glass and a smart watch, to shave a few valuable minutes from their engineering operations.
The ability of wearable devices to seamlessly connect to other devices, such as mobile phones and iPads, platforms in which our solutions already run, provides the prime mover on which to base an investment, in the wearable device revolution. They support real time data integration with the M&E system and will immensely help in improving TAT (turn-around times). We are continuing to work towards putting ever greater degrees of mobility in the hands of end users, to enhance the overall user experience of MRO software solutions. 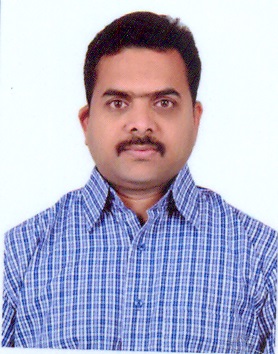