Column: The World according to IT and me.. Future Visions

I’ve occasionally spoken about how science fiction has affected the future (or should I say, the present?) and how innovation in software and hardware has been influenced by the popular culture of my youth. I’m fairly sure mobile phone technology was accelerated by communicators in Star Trek. I have a good feeling that driverless cars have been inspired to a degree by Knight Rider, and I’m pretty certain that those death trap hover boards that every teenager had on the top of their Christmas list wouldn’t have happened without Back to the Future Part 2. There has been, at least one instance that I know of where the past was directly influenced by science fiction (sort of).

The 2003 novel, Pattern Recognition by William Gibson featured a heroine named Cayce Pollard who wore an iconic black Buzz Ricksen MA-1 flying jacket.  As a result, Buzz Ricksen received multiple enquiries for the jacket, but it turns out that they have never made one. They originally issued them to the military in the 50s and 60s in green and there were later reproductions for the civilian market in other colours such as blue and burgundy, but never black. 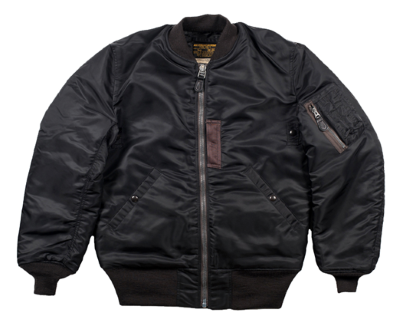 It seems this was merely an oversight by Gibson. Normally he is obsessively accurate in his descriptions of vintage aviation clothing and wrist watches, but he has since admitted in his blog that; “I never stopped to think that Rickson’s didn’t actually make a black one, but if I had, that wouldn’t have stopped me… I have my poetic license right here, laminated, in my wallet.”

Due to the demand for a black MA-1, Ricksons got in touch with Gibson and they collaborated on a limited edition in 2004. Was this a case of a manufacture responding to a future design specification in the present thereby affecting the past from the view point of the science fiction in question? I never quite understood the various paradoxes and protocols of time travel in Star Trek and I can’t quite wrap my head around this one either. Let me know if you can work out quite what has happened here

Anyway, this anecdote came to mind when I saw some of the new cabin design patents coming out of Toulouse recently. It seems that the progress of ideas hasn’t stopped with vertical seats, saddle seats and 11 seats per row in the A380. The latest innovation cabin interior design features a mezzanine to double stack passengers. 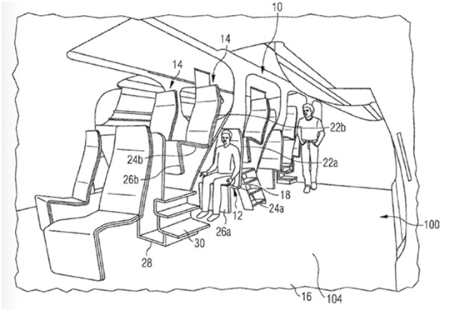 “In modern means of transport, in particular in aircraft, it is very important from an economic point of view to make optimum use of the available space in a passenger cabin,” Airbus wrote in the patent application.

I quite agree, but I wonder how much inspiration was drawn from one of the films currently on hard rotation in my household, The Lego Movie. In this case, the movie’s unlikely hero, Emmet, lacking somewhat in creativity can only muster the idea of a double decker couch, when inspiration is required. His derided idea unexpectedly ends up saving the day when the movie’s protagonists are in mortal peril. Is this another case of science fiction inspiring the future? As a frequent flyer, I hope not, but as a technologist I’m certain that not every idea that comes from science fiction is a good one. Not every idea or patent will see the light of day, but I certainly hope that science fiction continues to inspire innovation and progress in flight operations technology advancement.


 Paul is a technology specialist
who has been working in aviation IT since 1998 with expertise in
software design and mobility, having worked on apps used by pilots and
engineers. In the adoption of emerging technology in aerospace,
particularly mobility, Paul is a visionary and geek. He joined the
TechSight/X team in 2013 where he serves as a global product manager
spearheading flight operations, engineering services and mobile
solutions.