Pilots have had tablets for quite a while now and value the benefits but a big question today is, ‘how can other areas of the business tap into the benefits of tablet devices to achieve greater mobility?’ American Airlines, the biggest of its kind, has already rolled out tablets to mechanics, so earlier this year we went along to meet Blair Gregg, who was responsible for this major development as Managing Director, Technical Systems Strategy, M&E at American. Starting with a conversation over the coffee we closed with a few direct questions in Q&A style. But before anything else, we wanted to know why American Airlines believed its mechanics needed mobility. 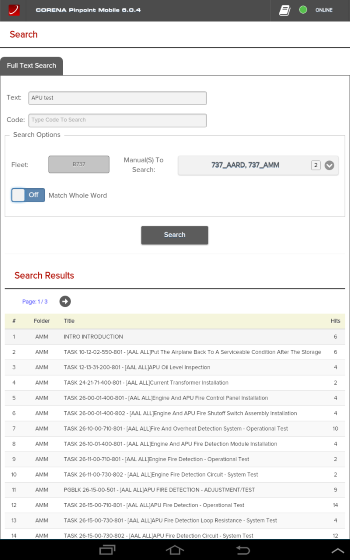 WHAT MECHANICS NEED TO KNOW
Blair explained that the airline had asked exactly that question when they sat down with Dallas Forth Worth (DFW) line mechanics two and a half years ago. The mechanics offered five reasons, explaining first that they simply wanted to get to their information and needed technical data at their fingertips to avoid running back and forth between the airplane and the office. Also, they wanted to be able to know if a part is available to fix the airplane, rather than having to refer to a minimum equipment list or pushing maintenance into the night. Furthermore, they needed to know the status of the airplane… what was changed last time it was in the hangar and they felt they should know the current status of the operation. With seventy plus gates, planes don’t always come to the expected gate so mechanics need real-time visibility on where the plane is. Finally, they’d like to get their work assignments without having to wait in break rooms for someone to hand them a piece of paper.
WHAT THE TABLET CAN DELIVER
So that’s why mechanics need mobility but what about the other side of the coin, what can mechanics do on tablets? For this, Blair highlighted a pretty good list of functions and benefits, explaining mechanics can get to their manuals using ‘My tasks’ Even if they’re sitting in a fast-food restaurant, the tablet will ring indicating that they have an assignment and at what gate. On arrival at the specified gate, the tablet indicates exactly what has to be done to the airplane as well as what has been done in the past. The tablet can also acknowledge when the mechanic is at the plane and tell Ops group that he’s there. He can even use the tablet to delay the boarding procedure if the floor boards have to be pulled and, at the end of the job, he can use the tablet to close the maintenance task and go to the next plane. In short, using tablets keeps mechanics moving directly from one plane to the next so they don’t lose time going back and forth getting assignments and information to perform tasks.
Blair added that AA has 1,200 CMMs (component maintenance manuals) digitized and online so mechanics can hook into information for multiple fleets live plus there are offline capabilities.
But over and above the functions and benefits, Blair wanted to add, “We’ve come pretty close to perfecting how you’d want a mechanic to use tablets both on- and offline. If tech pubs have changed just one word, or one chapter, or the whole book we can update the manual as appropriate. The tablets also carry ‘out of service’ information; facilitate the chasing of parts and hold OSP (oil servicing program) information which is ‘very cool’. And whereas, in the old days, some had to use work cards and calculators which introduced errors; now this is managed with automation – the mechanic adds two pints of oil to an engine and it automatically does the calculation to say if it’s good or bad; mechanics really like this.” 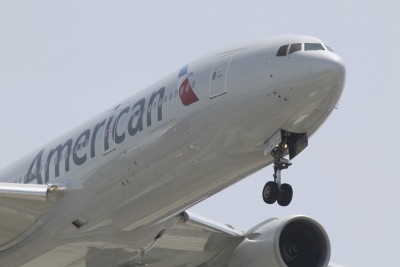 CHALLENGES FOR THE TABLET PROGRAM
Having established why mechanics would want tablets and what those devices could do for them, we also wanted to know whether there had been any challenges and what did the airline learn in the rollout?
Blair’s response was that the biggest challenge is connectivity and he explained, “We’ve worked through a lot of connectivity issues. Bearing in mind that we’re in some fifty countries around the world, we have found that international connectivity with tablets is a whole other ballgame than for domestic tablets. As a result, we have become experts at buying tablets outside the country and putting local cellular cards on the devices. Mechanics in Norita will be running theirs on GoGoMo whereas in the US it’s totally different. We run Sprint and Verizon and AT&T tablets but haven’t found one solution that works perfectly all around. We’re constantly moving things around and trying different options, first getting good service from one provider, then another provider works better.”
All of American’s tablets are Wi-Fi and cellular capable because mechanics can go from a concrete break room under a terminal where Wi-Fi works and not cellular, then go outside where cellular works better. And then again, sometimes around a Boeing 777 cockpit, you just lose signal. All of this experience drove the airline to adopt supporting offline capabilities.
HOW THE PROGRAM WORKS

Given the range of these challenges and the size of American, we wondered how the airline goes about device selection. Blair explained that his team had worked closely with AA’s IT group and gave some employees a choice of Samsung or iPad. There is no Windows option yet “because we’re waiting for the Windows cellular program to be worked out”. But broadly the airline accepts that people just prefer one device over the other. American has 1,722 tablets currently deployed around the world of which 1,600 are Samsung tablets and 100 are Apple iPads, running side-by-side. They started two and a half years ago with Samsung because at that time the IT organization was struggling with infrastructure security issues around iPad. Now the airline is using both and Blair doesn’t mind which is used as long as they do the job. He adds, “Anyway, we’re running HTML 5 apps, which means they’ll run on most devices: we’re system agnostic and we’re tablet neutral.”
User engagement has been the most important aspect of the whole project at American Airlines. As Blair puts it, “It’s not about my idea or management’s idea; we take seriously every suggestion from a mechanic and we do our best to give them what they want.” What mechanics like most about tablets is the speed with which IT can deliver solutions: so AA didn’t sit around and wait for the perfect solution before deploying tablets. Blair’s team worked with Flatirons Solutions and, although the original solution was clunky, they did a deal that in six months’ time the airline wanted certain usability requirements such as a really nice user experience in which mechanics could use dropdown boxes (mechanics don’t like typing), could touch things and could zoom. And how did that work out? “True to their word,” Blair confirmed, “within six months Flatirons Solutions delivered a solution and the mechanics loved it.”
Getting information to the mechanics’ fingertips is now so much easier for AA than it was two years ago. The airline has moved from a paper world, where you wonder if the information was revised and if you’re in the right revision (and it could take a week to get there), to today’s environment when the same process takes minutes. It’s also only minutes from tech pubs publishing something before every mechanic around the world has it. If the mechanic is working offline, the program knows that there has been a revision and the mechanic must synch up before opening it. “The regulators love that there is built-in protection so that our mechanics do not use the wrong information.” says Blair, adding, “Mechanics are giving us their input and we went from five applications to more than two dozen in less than a year. We’re on version 9 or 10 this year alone and we’re pushing out revisions every 30-45 days. Mechanics like the speed; they like that we’re paying attention to them.”
THE BENEFITS AND ‘WHERE NEXT’
Before moving on to the Q&A Blair wanted to summarize the benefits and look to the future to see where the project is going. “AA has leadership that says it makes sense to keep the mechanic on the airplane, rather than in the break room, with everything they need [on the tablet] to fix the airplane.” he explained. “We’re going to get more into aircraft health management (airman web) and getting information from the aircraft in a mechanic-friendly view. OEM systems are good if you’re sitting at a desk. But we need stuff that works on a tablet, that lets mechanics take fault isolation codes and get into the AMM [aircraft maintenance manual] and have every engineering order he could ever want. We’re working towards that right now.” 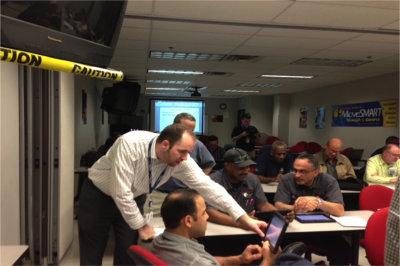 Our time was up and we parted thanking Blair Gregg for taking the time to share, with Aircraft IT readers, American Airlines’ experience with the introduction of tablets and mobility for mechanics. 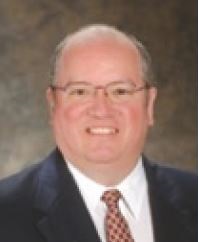 Blair Gregg is currently the Managing Director of Technical Systems Strategy for Maintenance & Engineering at American Airlines. In this role he is responsible for technical systems enhancement opportunities that will measurably impact M&E performance in dependability, reliability, productivity and cost control.

Blair joined American in 2007 as the General Manager of the Alliance Fort Worth Maintenance Base. Most recently he was the Director of Line Maintenance for the Southwest Division.