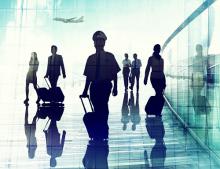 Corendon Airlines will manage flight operations with NetLine/Ops ++ from Lufthansa Systems and plan deployment of its cockpit and cabin crews with NetLine/Crew.

Lufthansa Systems today announced that Corendon Airlines has opted for its NetLine/Ops ++ operations control solution. With this innovative IT solution, the Turkish airline will be able to make its flight operations more efficient and reduce its costs. It will also use NetLine/Crew for crew management, thus benefiting from the integration of the two solutions. The two companies recently signed a five-year agreement to this effect.

“We are an airline always looking for new ways to improve the quality of our flight operations and believe that NetLine/Ops ++ is the perfect solution for us. And we can also optimize our crew planning with NetLine/Crew,” said Arslan Akyürek, OCC Manager at Corendon Airlines. “The fact that the two solutions are integrated also simplifies processes for our operations control center.”

Corendon Airlines is one of four new customers who opted for NetLine/Ops ++ in 2015. The operations control solution from Lufthansa Systems is now being used by 69 airlines around the world, 31 of which have already deployed the new-generation solution, NetLine/Ops ++. This creates full transparency around current flights and potential disruptions for operations controllers, allowing airlines to handle schedule changes – both planned and unplanned – in a way that minimizes their effect on passengers.

NetLine/Ops ++ will enable Corendon Airlines to avoid disruptions such as delays and cancellations and significantly reduce potential costs arising from positioning flights or hotel rooms for passengers, for example. The IT solution offers unique features for Management by Exception. This means that while other solutions display all of an airline’s flights, NetLine/Ops ++ only shows ones that have encountered organizational problems and need a decision to be made.

The solution’s functionalities facilitate information management and enable a higher degree of automation. As a result, the airline will be warned early in case of potential disruptions that might occur due to weather or longer maintenance periods. The operations controller can then make decisions avoiding delays proactively. This can improve airlines’ on-time performance. Many airlines which according to a current OAG (Official Airline Guide) report have the best on-time performance worldwide are using NetLine/Ops or NetLine/Ops ++ and NetLine/Crew.

NetLine/Crew quickly generates cost-efficient and fair duty rosters. Its functions cover crew pairing, rostering and tracking as well as evaluation and documentation. NetLine/Crew generates rosters for pilots and flight attendants which take all legal and contractual regulations into account while also ensuring that available personnel is assigned in a way that makes the most economic sense. The two solutions are integrated and can be used on a platform so that any changes to flight operations are immediately taken into account in crew planning and vice versa.

“Turkey is an important growth market for the airline industry, and it is of strategic significance to us because of its proximity to the Middle East. Corendon Airlines is an important new customer for our Operations Solutions business, which will enable us to expand our position in this region,” said Marco Cesa, Senior Vice President Regional Management EMEA at Lufthansa Systems. “We are delighted about the start of this long-term cooperation.”

Corendon Airlines has its headquarters in Antalya and is a subsidiary of the Corendon Tourism Group, to which its Dutch sister airline Corendon Dutch Airlines also belongs. Corendon Airlines currently has a fleet of 14 aircraft and offers connections between central and northern Europe and Turkey.