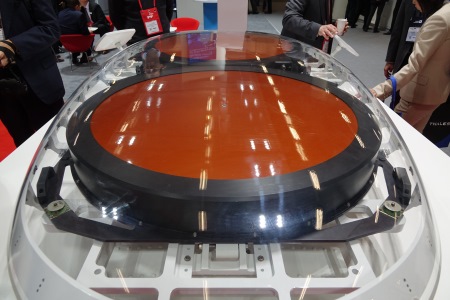 Today we are announcing that Delta Air Lines has increased its commitment to Gogo’s industry leading in-flight connectivity technology – 2Ku. This increases Delta’s total number of 2Ku committed aircraft to more than 600.

“Delta customers have expressed an interest in their time in the air being as productive as their time on the ground, and 2Ku satellite offers a vastly upgraded in-flight Wi-Fi experience,” said Tim Mapes, Delta’s Senior Vice President and Chief Marketing Officer. “By committing to more aircraft with 2Ku technology, we’re providing Delta customers with faster and more reliable in-flight connectivity as a part of Delta’s commitment to always delivering the industry’s best on-board services.”

“With 2Ku, Delta will be able to deliver a better inflight experience to its passengers wherever they fly around the world,” said Jon Cobin, Gogo’s Executive Vice President, Global Airline Business Group. “We know how important it is to Delta to bring this technology to passengers and we plan on getting it deployed on these aircraft as soon as possible.”

Gogo’s 2Ku technology is designed to be open so it’s compatible with multiple satellite networks, which means the technology will be upgradeable over time without having to touch the aircraft. This flexibility will help ensure Delta is future ready and ahead of the curve from a technology perspective.

2Ku installations have already started on the 737-800 and A319 fleets, and additional Delta fleets will be retrofitted with the new system. Delta will operate more than 35 aircraft with 2Ku by the end of 2016.
Some additional insights from the Delta Air Lines press release:

Delta has completed installation of Ku-band satellite Wi-Fi on nearly all of its wide-body international fleet – including Boeing 747, 767, 777 and Airbus A330 aircraft as well as Boeing 757 aircraft operating on long-haul routes – and will be 100 percent complete by September 2016. 2Ku service will be offered on Airbus A330-900Neo and A350-900 aircraft when they enter Delta’s fleet in 2019 and 2017, respectively.

Delta operates the world’s largest Wi-Fi-equipped fleet, with more than 3,500 connected flights daily, including its entire fleet of 660 domestic mainline aircraft. More than 1,000 Delta aircraft, including nearly all Delta Connection two-class regional jets and 99 percent of its long-haul international fleet are equipped with in-flight Wi-Fi service, offering access to more than 370,000 customers per day.