Commsoft, a world leader in aviation engineering and maintenance software, is delighted to announce that Cronos Airlines International’s AMO (CAI Aerospace) has become the latest member of the worldwide OASES community and is the company’s first active customer in South Africa.

The Cronos family was founded in 2007 with scheduled passenger carrier Cronos Airlines (IATA: C8, ICAO: CRA), based in Malabo, Equatorial Guinea. Since then, it has transported more than two million passengers throughout its network linking West and Central Africa. In 2012, sister company Cronos Airlines International became a South African licensed AOC and AMO based at O.R. Tambo International Airport in Johannesburg, South Africa. Its AMO operation (known as CAI Aerospace) performs all maintenance, including C-checks for its fleet of Embraer ERJ-135/145’s as well as a BAe 146-200. Its capabilities also include VIP aircraft and a Boeing 737 Classic/NG. Another sister company, AviaSeven (an EASA Part 145 and Part M CAMO located in Athens, Greece) is an existing Commsoft client already supported by OASES under a CAMO contract.

A ‘best-of-breed’ MRO IT system, OASES offers an industry-leading technical sophistication whilst being intuitively user-friendly. To allow for scalability, OASES is structured in a modular format and CAI Aerospace has introduced the Production, Line Maintenance, Materials and Commercial modules in addition to the existing modules currently being used by AviaSeven. The new MRO activities will initially be hosted on AviaSeven’s OASES site but CAI Aero will have its own Commsoft Servicedesk facility.

Nick Godwin, Commsoft Managing Director, commented: “CAI Aerospace’s new MRO operation is an exciting new venture which we’re delighted to be supporting with OASES. Not only is this our first active South African customer, it represented the ninth new addition to the worldwide OASES community in 2016. We are pleased to be working closely with them to ensure a successful operation, following their ‘go live’ in late December 2016.”

Andreas Kaiafas, Exec. President of Cronos Airlines International and CAI Aerospace, commented: “Our OASES system was rapidly implemented in December 2016. OASES gives us full visibility of production tasks in our hangar and provides excellent management oversight and reporting within the company.”

Over twenty aviation operations in eleven countries in the Middle East and African region are now being supported by OASES customers. With this continuous demand for its MRO software solutions, OASES is continually being developed – with the active participation of its users – to ensure it remains fully up-to-date with technological progress and fully responsive to the ever evolving needs of both airlines and MROs. 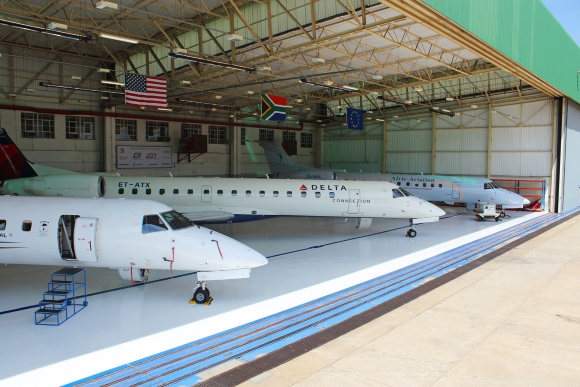