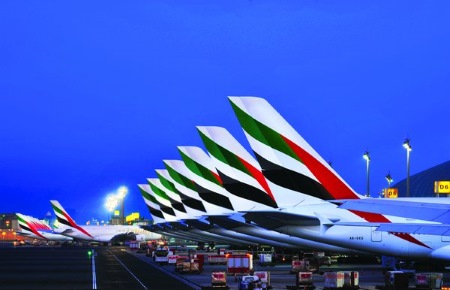 Independent analysis by Routehappy on the state of inflight Wi-Fi has placed 11 SITAONAIR customers in the world’s top 20 for long-haul flights.

According to the annual, independent and authoritative Routehappy ‘Global State of inflight Wi-Fi’ report, SITAONAIR customer Emirates topped the list, with over 35 million available seat miles (ASMs) with in-flight Wi-Fi.

Routehappy calculated this was “nearly double the long-haul ASMs with Wi-Fi than any other airline.”

SITAONAIR customers also performed strongly in Routehappy’s subsequent analysis into the proportion of the airlines’ long-haul fleets. This featured nine of the top 20, including Russia’s flagship carrier, Aeroflot, in second place. Aeroflot (at 98%) was one of only five airlines to provide Wi-Fi on over 90% of its fleet.

The analysis examined 60 airlines, and the report is indicative of the importance Wi-Fi now plays in delivering a good passenger experience. Additional independent surveys have even placed it ahead of legroom. And the list correlates well with the World Airline Awards’ 2015 rankings, with seven of the Awards’ top eight also cited by Routehappy.

The report also gave reason for passenger to celebrate, stating that the majority of airline installations are deploying “better or best connectivity systems, which have become more prevalent than basic times.”

Francois Rodriguez, Chief Strategy and Marketing Officer, SITAONAIR said: “These top 20s all have one thing in common, they all focus on passenger experience to ensure customer loyalty and increase auxiliary revenues.

“Digitization – through systems like Mobile OnAir and Internet OnAir – is bringing major changes to how passengers spend their time during the flight and it is revolutionizing how airlines operate.

“As these airlines are showing, it improves the passenger experience and presents significant opportunities for airlines to streamline operations and improve efficiencies. SITAONAIR is playing a central role in helping airlines move towards the digitization of the aircraft, from nose to tail.”