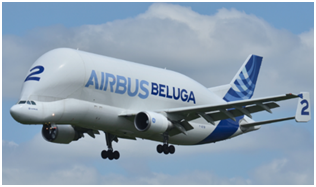 Two aircraft operators recently adopted SafetyCube, the risk management software that integrates every aspect of an organization’s operational safety. One is a brand new airline, APG Airlines, launched in September 2016. The other is Airbus Transport International (ATI), the subsidiary of Airbus which operates a fleet of five A300-600ST aircraft – known as Belugas – to transport fuselage sections and wings between Airbus’ European production sites.

The two companies have been convinced by the numerous advantages of SafetyCube such as risk mapping in the form of a dynamic BowTie, compliance with Enhanced IOSA, incident reporting and audit apps, etc… They will both join the growing list of SafetyCube users together with the likes of Air Caraïbes, French Blue, Solenta, FlyNas, or Al Atheer Aviation.