Will Windows 8 be the silver bullet we were hoping for?

Will Windows 8 be the silver bullet we were hoping for?

Paul Saunders Column: The World according to IT and me..

For months I’ve been telling anyone who would listen that Windows 8 is going to be a bit of a game changer for aviation IT mobility. I even came up with a mantra regarding the choice of hardware for tablets in our industry.

IF YOU WANT IT BAD – IPAD 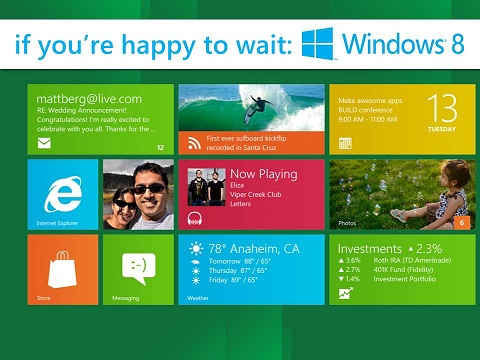 IF YOU’RE HAPPY TO WAIT – WINDOWS 8

This was based on the widely held belief that Windows 8 (which is due for release later this year) would provide a single operating system platform across all hardware devices. Operating systems that had come before had alternative solutions for desktop computers and mobile devices due to their processor chipsets – but Windows 8 was going to change all that. Finally you would be able to run the same software that you run on a PC as you would on a tablet or mobile phone. Obviously there would be some challenges to convert user interfaces to be suitable for smaller touchscreens, but these were relatively minor concerns.  Software vendors and OEMs downloaded beta versions of Windows 8 and were gleefully whispering that their legacy software that had been written decades ago would work on Windows 8 tablet devices. All of a sudden the thousands of man-hours that had been invested by early adopters to convert software to iOS was looking less like time well spent.

However Microsoft have potentially scuppered some of our high-hopes for Windows 8 by recently announcing that there will be separate versions of Windows 8 for devices running the x86 chipset (PCs) and those using ARM chips (smart phones and tablets). The Windows on Arm (WOA) version has been officially named Windows RunTime (or WinRT for short). This puts into doubt the theory that legacy software will run on Windows 8 tablet devices. It has also been revealed that Windows RunTime will not support Active Directory much to the chagrin of IT departments the world over. Devices which support Active Directory would be “enterprise ready” placing them firmly under the control of an airline or MRO’s IT regime. This would go some way towards easing fears of more conservative IT policy makers, but this news indicates that Microsoft are targeting the consumer market much the same as Apple have done with the iPad and iPhone.

There will still be a common user interface across all Windows 8 platforms using the much hyped Metro UI and there is a large amount of common architecture across the various versions of Windows 8 so it might not all be bad news for Windows 8. Once the first release candidate of WinRT is launched we will know if Windows 8 really will be the silver bullet some of us were hoping for.