What is an EFB?

What is an EFB? The FAA explain

It may not be what you think, says Brian Hint, Aviation Safety Inspector (Operations) at the FAA; or it may be more than you think. The FAA is continually evolving policy and advice to match.

Electronic flight bags (EFBs) have been receiving increased attention ever since tablet computing devices, like the iPad®, hit the consumer market. To keep up with this rapidly changing technology, the Federal Aviation Administration (FAA) released Advisory Circular (AC) 120-76B, ‘Guidelines for the Certification, Airworthiness, and Operational Use of Electronic Flight Bags’, in June 2012. AC 120-76B has incorporated many changes to guide industry stakeholders on EFB certification, airworthiness and operational use, but, there still seems to be some misinformation about basic EFB functionality. In other words, you might be calling a device an EFB when it’s not. 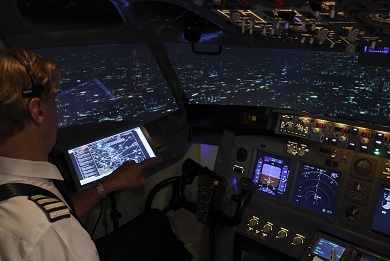 EFBs are intended primarily for flight deck use and include the hardware and software necessary to support their intended function. EFB devices can display a variety of aviation data and perform basic calculations such as performance, weight & balance, fuel calculations, etc. A laundry list of EFB functions, providing display of paper replacement, planning, advisory-use, and various other functions, can be found in the Type A and Type B software applications appendices of AC 120-76B.

Type A applications are those paper replacement applications primarily intended for use during flight planning, on the ground, or during noncritical phases of flight. Type B applications are those paper replacement applications that provide the aeronautical information required to be accessible for each flight at the pilot station and are primarily intended for use during flight planning and all phases of flight. In the past, many of these functions were accomplished using paper references or were based on data provided to the flight crew by an airline’s flight dispatch function. Most importantly, by definition, an EFB must be able to host Type A and/or Type B software applications. 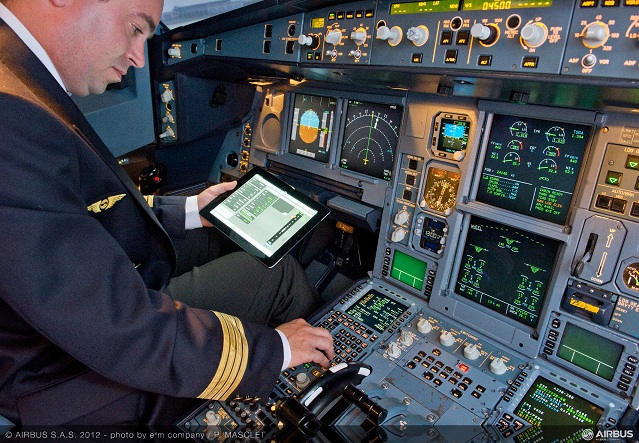 The EFB functions listed in Appendix 1 and 2 of AC 120-76B all have one thing in common – they are considered to have a failure effect condition of a ‘minor’ hazard or ‘no effect’. A description of failure classifications can be found in the current edition of RTCA, Inc., (previously Radio Technical Commission for Aeronautics) DO-178. If any EFB function were to fail or display misleading information, the worst case scenario should be only an increase in pilot workload. Displaying ITP, even for situational awareness, is not allowed as an EFB function because its functional hazard classification is greater than minor. This is one of the main reasons why own-ship position, in commercial aircraft operations, cannot be displayed in flight on a Class 1 or 2 EFB. When you display own-ship on an EFB, you are displaying your aircraft’s position in relation to other things on a map. In flight, even if being used for basic situational awareness, this information, if inaccurate, is classified as a ‘major’ hazard and could even potentially be ‘catastrophic’, if utilized improperly.

Today, the majority of EFBs are used to replace the paper documents a pilot would typically carry. Pilots are happier because it’s 40 pounds less ‘stuff’ to carry around. Commercial aircraft operators are pleased because it’s less weight on the aircraft, which means they can either reduce their fuel load or carry more payload, and the information distribution usually also costs less. Operators are also making it easier for pilots to keep their manuals and aeronautical charts up to date by utilizing a wired or wireless solution to enable software application updates which ensures the latest revision is installed on their EFB. For some operators, though, the desire for data sharing goes beyond manuals and paper charts. These operators want continuous data connectivity to an EFB in the cockpit.

Last year the FAA Aircraft Certification Service published AC 20-173, ‘Installation of EFB Components’. This AC describes the principle elements of an EFB system and provides guidance on the installation of EFB components to include aircraft connectivity provisions to support an EFB function. Additionally, there is information in this AC on mounting, power, data connectivity, controls, displays, hardware, and software, as well as overall system guidance on design assurance and environmental qualification. An operator using this policy gets access to all sorts of data, provided they do so through an installed data interface protection device, which functions much like a protective firewall for the aircraft, providing partition, protection, and security. 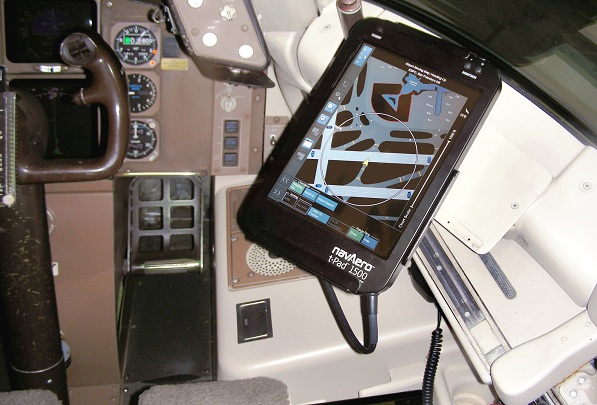 The EFB, and its associated technology, have been rapidly evolving. Software manufacturers continue to create ever-improving applications that allow operators to replace their required paper products with lightweight, easy to use electronic displays. In some cases, these new applications allow operators to display and interact with information that increases the pilot’s situational awareness. With all of this new technology come new questions. How will the FAA adapt its policies to reflect the demands of its stakeholders while providing a level of safety that meets or exceeds today’s standards? What is the best policy that can be put forward today, to account for the new software applications that are being developed for tomorrow?  As new hardware and software applications are developed to perform very complicated functions, how do we develop policy that keeps it simple?

AC 120-76B and AC 20-173 take into account the evolution of EFB technology. The FAA is currently working on the next version of this AC, which will incorporate new International Civil Aviation Organization language, functionality updates, and lessons learned from the field. Some of our guidance is general, which encourages innovation and allows manufacturers and operators to come up with their own unique solutions. Other guidance we have is much more specific so that EFB functionality is limited to those applications contained within Appendix 1 and 2 of AC 120-76B. The FAA continues to develop and revise policy to safely enable the use of EFB software applications and hardware to meet the increasing demands of the aviation industry.

In order to bring the policy up-to-date with the technology being utilized today, the FAA published AC 120-76B.  Some of the highlights of this new policy include:

Useful links
FAA Advisory Circular on ‘Guidelines for the Certification, Airworthiness, and Operational Use of Electronic Flight Bags’
AC 120-76B