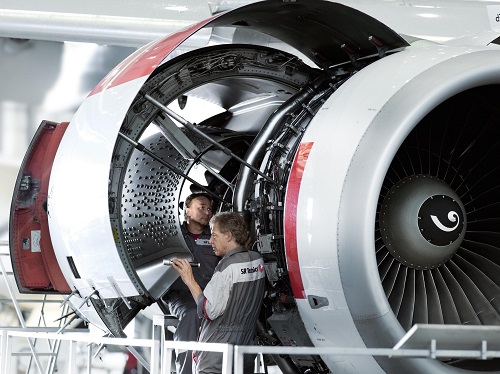 The SR Technics Group is a leading global technical solutions provider for airlines. Backed by 80 years of operational experience, it delivers an extensive array of integrated MRO solutions for airframes, engines and components, along with engineering services, technical management, and training. The business carries out over 1,000 checks and modifications each year. 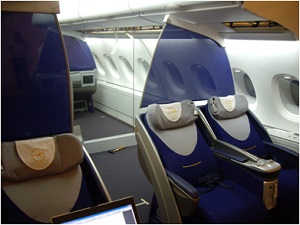 As part of a strong and growing international MRO network, SR Technics builds long-term partnerships with a diversified global customer base that includes flagship and low-cost carriers, aircraft leasing companies, and original equipment manufacturers (OEMs). They specialize in providing technical services and solutions for Airbus and Boeing aircraft, as well as PW4000 and CFM56 engines. 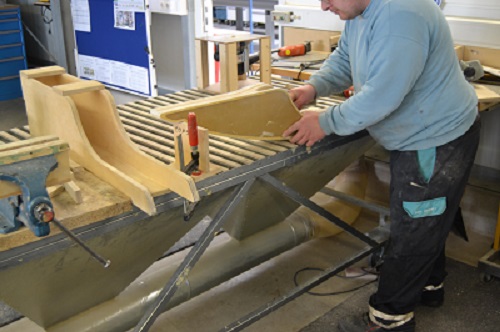 Headquartered at Zurich Airport in Switzerland, SR Technics has operations in Cork, London, Madrid, Malta and Palma. An extensive network of field stations both within and beyond Europe provides full line maintenance services for their customers’ day-to-day flight operations. In addition to a sales office in Zurich, they also have sales offices in Abu Dhabi, Fort Lauderdale/Florida, Hong Kong, Mumbai and Shanghai.

In January 2010, SR Technics commissioned the Berlin Software Provider PSIPENTA to introduce comprehensive planning software that would optimize the entire maintenance planning and implementation process in the hangars at their Zurich and Malta sites. In conjunction with SAP, the solution provides all of the planning functions for capacity and materials.

After twelve months, all of the modules in Zurich had gone online, including order management, finite capacity scheduling, slot planning, resource allocation and mobile feedback involving three different end terminals. Today, all data relevant to planning are stored centrally and visible to everyone involved in the process.

In June 2011 the first aircraft, an Airbus A340, to be completely maintained with the new software was released.

Half a year later, in February 2012, SR Technics delivered the first VIP aircraft right on schedule to a customer from the Middle East. With a standard configuration for scheduled operations, the aircraft features modern cabin outfitting and purpose-built design details. In this respect too, the software provided all planning and implementation functions. 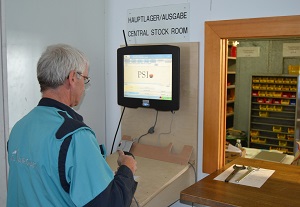 On the threshold of series production

Throughout the world E.I.S. Aircraft has made a name for itself in engineering, cabin component manufacturing and the provision of services for the civil and military aviation industries. The company’s origins can be traced back to 1953 when Alfons Pützer AG, as the business was then called, was a glider designer and manufacturer. The company, which has been operating under the name of E.I.S. Aircraft GmbH since 1994, has been growing continuously since then and now counts over 200 employees at eleven sites.

Custom solutions for the aviation industry

As a manufacturing and maintenance operation, E.I.S. is subject to regular, strict quality controls by the national and international aviation authorities as well as auditing by customer companies. E.I.S. holds numerous certifications, including, for instance, recognition by the European Aviation Safety Agency (EASA) as a design and production organization in accordance with EASA Part 21. Among its customers are aircraft manufacturers, airlines and other suppliers, including notable companies such as Airbus, Lufthansa, KLM, the TUI Group and Recaro Aircraft Seating. At its Dahlem site in Germany’s Eifel region, the company implements custom solutions including aircraft retrofitting, component modifications, cabin conversions and component maintenance; it also produces partitioning systems such as partition walls and curtains, and manufactures all kinds of transportation containers and additional equipment as well as oxygen systems.

From craftsman’s workshop to series producer

Over the past 50 years the former craftsman’s workshop has developed into a fully-fledged manufacturing organisation and is now progressively equipping itself for industrial series production. The requirements on the company’s IT support infrastructure for managing the organization’s rapid expansion and production processes are thus increasing accordingly. At the same time many customers are attaching greater importance to integrated, transparent enterprise processes as a basic requirement for placing an order with a supplier. What is more, the use of software solutions that handle the prevalent industry-specific processes also plays an important role from the point of view of the customer.

At the beginning of 2011 the decision was made to replace the ERP system. After various phases, the consultants and the ERP project team at E.I.S. eventually filtered out three systems from different suppliers that fulfilled the requirements to a high degree.

“We were looking for a solution that enabled us to stay close to the standard but that at the same time was sufficiently flexible for later modifications and that would keep pace with our future growth,” said Mark Farny who, in his position as quality manager at E.I.S., was tasked with managing the ERP project, explained two core requirements on the ERP system. In the end the choice fell on Berlin-based PSIPENTA Software Systems GmbH, a supplier of ERP software and manufacturing execution solutions (MES).

“[Our selected software vendor] was awarded the contract for three reasons.” said Mark Farny, outlining the considerations in the selection process. “Firstly, the system met all the requirements with regard to its provision of the standard functions and offered an integrated production data acquisition and staff work time logging system that we had not originally planned for but which in the end we introduced immediately. And so the manufacturing process that is so essential to us could be universally integrated into a single system. Secondly, its references from notable enterprises in the industry, such as SR Technics, Groth Luftfahrt und Systemtechnik and Schempp-Hirth Flugzeugbau, convinced us, as did the integrated product data management system supplied by its partner Contact, a firm that can likewise provide references from the aviation industry. And thirdly, it simply felt right on a personal level too.”

In the first project phase, the standard ‘Psipenta ERP’ system, the MES components (production data acquisition and staff work time logging) as well as the document archiving system were introduced. This enabled all processes to be integrated – from purchasing to dispatch – and permitted planning processes to be interfaced with implementation processes. Furthermore, the software supports automated capacity planning, a very important feature for handling the large number of smaller projects. It enables the company, for instance, to state transparent and reliable delivery dates. At the same time, thanks to the software’s focus on production, the system is able to support orders with very high unit numbers. Where previously Excel lists had to be created manually and databases only supported individual areas of the organization, the company is now utilizing a centralized system.

This approach also brings with it the benefit that each department and employee receives the appropriate data access permissions based on their specific roles. Nowadays the staff and management are performing their tasks using a shared database. Also, thanks to the multi-site structure of the software, it is already preconfigured to permit integration of additional parts of the enterprise in the system, if needed. The tight schedule for implementing the system seemed to many to be almost unfeasible. The plan was in place for the system to go live just eight weeks after project commencement on 3rd September 2012. The motivated, ambitious team of users and personnel from the IT department and software provider did an outstanding job adapting the preconfigured standard system. “We went live on time and are very pleased with things as they stand now,” confirms André Kasper, data processing and purchasing manager at E.I.S. 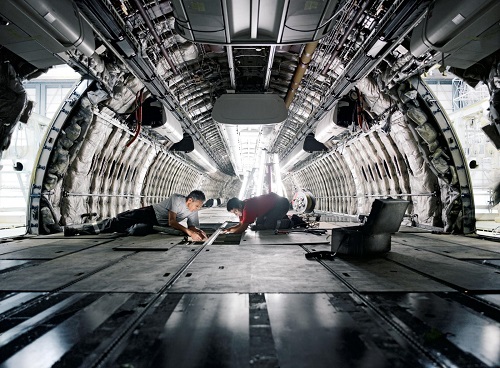 Reliable service thanks to the project team and hotline

The manager is also one of the key users of the new system in the company. André Kasper not only confirms the company’s satisfaction with the user side but also makes special mention of the software provider’s quality of service: “I am really delighted with the level of professionalism of both the [software vendor’s] project team and the Berlin hotline. We always receive a very prompt reply from all contacts enabling us to solve our problem. Particularly when you still have such bad experiences in the back of your mind, as we do, and you introduce a software solution very quickly, you will, of course, frequently have questions. So you cannot overstate the importance of having access to reliable support that does not talk IT [jargon].”

Reduction in costs of 15 per cent

The extension of the document archiving system to all areas of the company by Psipenta’s partner Intex Informations-Systeme GmbH as well as the introduction of integrated functions for project management and product data management is planned for the second stage. In the long term, E.I.S. wants to use the entire system to develop and collect key company data. But even after this brief period in operation, it is already possible to make very sound statements about the effects. “We are already saving 15 per cent in process costs. Since having done away with manual tasks and the familiar ‘paper chaos’ in material supply processes we are saving an enormous amount of time. And, at the same, time the risks of errors occurring have been minimized. Our customers therefore receive professionally processed orders. And let us not forget: the amount of IT effort involved equates to only 20 per cent of the work. That is an aspect that was very important to us. We did not want to get bogged down in administration but keep producing; something that we have successfully achieved. Our customers also really appreciate this move and are therefore placing their trust in us in the future as well. And that is what matters to us most,” explains André Kasper.