The Internet of Flying Things: Part 1

The Internet of Flying Things Part 1

In this first of two articles, Michael Wm. Denis explains what the Internet of Things is, where it comes from, the value to users and why it is important

It’s a beautiful summer day in Atlanta as your Uber ride approaches Hartsfield-Jackson International Airport. Running a bit late, you check in on your Samsung S9 SmartPhone, selecting one checked bag, preferred meal, cocktail and entertainment for your flight to Frankfurt. As you pull to a stop, a quick tap of your Fitbit SmartHealth band and the Uber ride is paid. Dropping off your Bluesmart suitcase at the counter, you have a flashback to when people stood in queues waiting for an ID check and printed bag tag with 2D barcoding. With embedded Zigbee transmitter that identifies and matches your bag and flight to the Delta counter agent, sending a geolocation update to your phone, queues disappeared years ago.

TSA security queues were also done away with when facial recognition scanning was implemented in 2018, so you hop on the SmartTrain to concourse F. While you walk to your gate, FlySmart airport information manager alerts you to the nearest Starbucks and recommends picking up a copy of Michael Lewis’ latest book, Moneyball II, the Art of Winning in an Unfair Economy. You pass on the coffee but buy the book, selecting to have the eBook delivered to your Apple iPad Air 3 tablet and hardcopy delivered to the gate. FlySmart also notifies you that your gate has changed but your flight is still on time for departure.

Unbeknownst to the passengers and three days earlier, Predikto’s predictive maintenance and aircraft health management solution identified the pending failure of a fuel pump in the #2 engine. Sending messages to Delta’s new Maintenix from Mxi Technology, and Spotlight from CaseBank and Pratt & Whitney, initial analysis was performed with the aircraft in flight. Pratt performs one remote test prescribed by Spotlight’s dynamic diagnostic reasoning engine and then sends a follow up task for Delta to manually perform planeside.

Under the power by the hour contract, Pratt, Delta and AerCap jointly and collaboratively decide to implement the latest SB and Flatirons’ Corena Knowledge Center automatically generates the EO (engineering order) for electronic signature approval by Delta’s DOM (document object model) and DQC (data quality control). Parts are drop shipped, delivered to the gate from stores being held by American Airlines for implementation during a two hour layover in Dallas.

On the airplane, As you sit down in the latest lie flat seat, the Panasonic IFE (in-flight entertainment) system automatically turns on and GoGo offers a selection of reviewing emails, continuing the latest episode of Netflix House of Cards season 8 or an action drama movie tailored to your personal preferences. As you begrudgingly opt to get the emails out of the way, you simultaneously get alerts on your SmartPhone and IFE from Binder (Tinder’s app for business) that an important client is sitting three rows back, in coach, and you momentarily consider offering her your first class seat.

Upon arrival, you whisk thru FRA customs, one of the first to implement facial recognition + retinal scan passport control, and walk directly to the rail station to hop on a train to Darmstadt, where your conference display and marketing material were delivered after seamless handoffs between Delta, DB and DHL to your Marriott hotel. The Aircraft eEnablement (Smart Connectivity & IFE) Conference, 2020, is set to kick off the next morning and you think to yourself, how much better travel has gotten in the past five years.

Welcome to the world of the Internet of Things (IoT).

IoT basics
IoT is a three letter acronym for an umbrella set of technologies designed to enable outcome based business models. Some call IoT the Industrial Internet, Machine to Machine (M2M) computing, or Industrie 4.0 / Transportation 4.0. GE talks about Minds + Machines while others simply place the word ‘Smart’ in front of any device, process, business or ‘thing’: SmartPhone, SmartTV, SmartWatch, SmartCar, SmartHome, Smart City, SmartFactory, SmartFarm, SmartHealth, SmartAircraft, SmartAirline… you get the picture.

In a recent Harvard Business Review article, Michael E. Porter and Jim Heppelmann authored an excellent article, ‘How Smart, Connected Products Are Transforming Competition’, describing IoT as making edge devices smarter and connecting them, in the fog or cloud, in order to leverage one or two way sensor performance data at the enterprise level.

A simple example of IoT is Google’s Nest SmartHVAC solution, a subset of SmartHome technologies. Nest is basically a heating and air conditioning thermostat controller connected to the internet that enables remote programing and control through a remote SmartPhone. The basic elements of Nest or any IoT system include Machine to Machine (M2M), Machine to Human (M2H) and Human to Human (H2H) connectivity plus sense and respond processing. 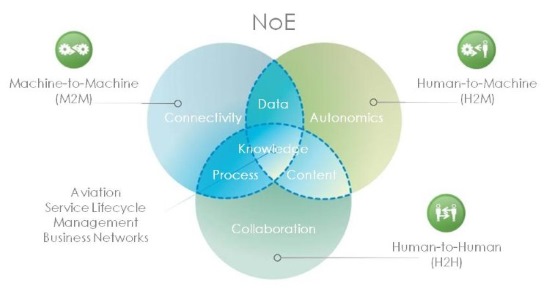 IoT History
The term IoT is credited to Kevin Ashton, a British technology entrepreneur and co-founder of the Auto-ID center at MIT, in a 1999 publication and to Bill Joy, another Brit, who cofounded Sun Microsystems, in a 1999 presentation at the World Economic Forum in Davos. But in reality, the core concepts of autonomic computing were being developed even earlier beginning with Cisco’s autonomic ‘self-sensing / self-healing’ routers and switches. Key dates in the history of IoT include:

Like many innovations over history, the capabilities of IoT find their origin and startup capital in military research and development. Vice Admiral Arthur K. Cebrowski is often called the ‘Godfather’ of Network Centric Warfare and Network Centric Operations (NCO). Before his passing in 2005, VADM Cebrowski headed the U.S. Office of Force Transformation and leveraged considerable work and investments made by the Office of Naval Research (ONR) in aviation, aerospace and defense as far back as the 1970s. ONR funded the original Reliability Centered Maintenance report by F. Stanley Nowlan and Howard F. Heap. Nowlan and Heap’s work formed the basis of what we now call MSG-3 for commercial aviation. 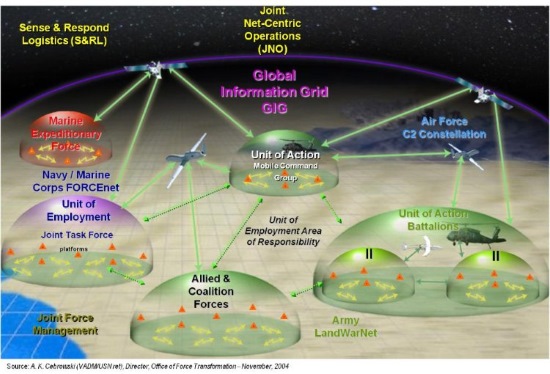 Central to NCO methods and capabilities is the concept of sense and respond. SIDR (Sense, Interpret, Decide, and Respond) is a modernization of USAF Colonel John Boyd’s OODA Loop concept of operations. Getting inside an enemy’s Observe, Orient, Decide and Act continuous loop of activities creates battle wins. Sense and respond logistics (S&RL) was the industrial internet side of NCO, designed to address the negative operational impacts of Just-In-Time (JIT) logistics.

Diagnostics, prognostics, and health management are common terms in both medicine and aviation. Another common term adapted from biology is autonomic. The autonomic nervous system is the involuntary, autonomous and automatic control system for visceral organs, functioning below the level of consciousness. The characteristics of a biological autonomic system are that it is automatic, autonomous and adaptive.

The maturation of IoT capabilities follows a hierarchy where each level builds upon the preceding one. 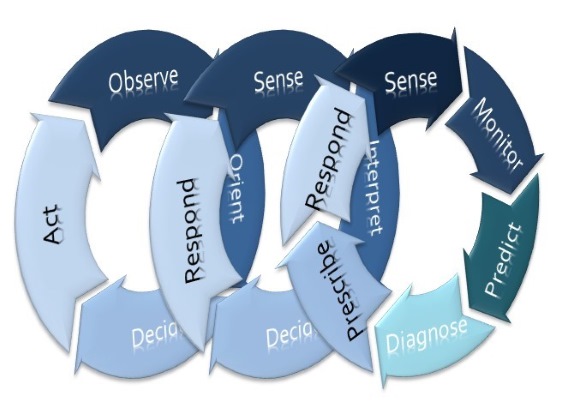 IoT value
2015 kicked off with a bang at the Consumer Electronics Show when BK Yoon, CEO Samsung, spent every minute of his conference opening keynote presentation talking about all things IoT and vowing to enable every product Samsung manufactures to connect to the internet by 2017.

The World Economic Forum listed the Internet of Things and Predictive Analytics in the top five of their 2015 Top Ten Tech initiatives for businesses and countries.

As part of their 2015 MRO Survey, Oliver Wyman recently published, ‘Turning the Tide, a Wave of New Technology will hit the MRO Industry.’ The survey of aerospace and aviation executives said Aircraft Health Management, Mobility and Predictive Maintenance were the top three initiatives for 2015 and the foreseeable future.

“We are focused right now on applying predictive analytics to our aftermarket business. With predictive big data analytics, we can improve the reliability of our engines, deliver better services and offer better value to our customers.”

Cisco estimates the 10 year net present ‘Value at Stake in the Internet of Everything Economy’ to be $14.4 Trillion USD with the ability to grow aggregate corporate profits by 21% by 2022. This breaks down into the following areas of value creation:

During the Pairs Air Show, GE Aviation gave a presentation where they estimated an easily achievable 1% performance improvement from Industrial IoT capabilities would result in $22B USD annual benefits across the civil aviation industry from fuel savings ($10B USD), delays and cancellations ($8B USD), and asset utilization, material and labor savings ($4B USD).

But as William T. Greene, Vice President, Technical Operations Finance and Strategic Planning at American Airlines, always used to say, “How do I cash that check?” The intent of Will’s simple question rests in the fact that there is a considerable difference between value creation (potential energy) and value realization (kinetic energy). For the MRO side of aviation, the IoT check is cashed in the Service Lifecycle via Predictive Maintenance.

In the next issue
The second article will take readers through the detailed ways in which the Internet of Things can be harnessed to improve MRO processes in areas such as predictive maintenance, diagnostics, prognostics and asset health management, as well as how it can enhance flight operations, enable servitization and support new and more efficient business models delivering better outcomes for all parties. 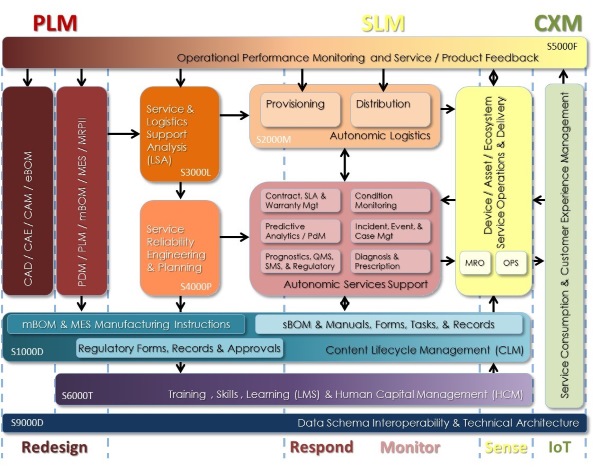 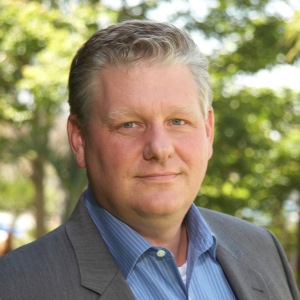 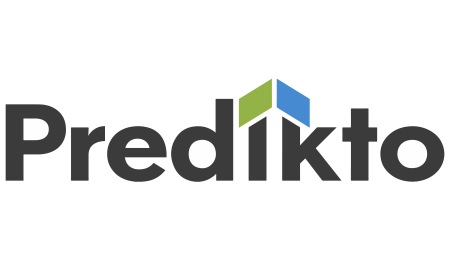 Predikto
Predikto provides predictive maintenance solutions for the rail, aviation and industrial equipment industries. Its proprietary data analysis and prediction engine is built on an auto-dynamic machine learning protocol that adapts to changing environments in near real time. Predikto specializes in operationalizing predictions of critical events like component failures and poor asset health to enhance a company’s overall operational and financial performance. www.Predikto.com