How I see IT

3D, or not 3D? That is the question
I’ve recently been dipping my toe into the world of 3D. Of course my life has always been three-dimensional with real people, solid objects and everything. What I mean is that I’ve recently been playing with the tools and technologies associated with the use of electronic 3D models in the aerospace engineering world. It’s always been an interest of mine to keep a keen eye on sexy new emerging technologies, but I’ve learned very quickly that I know almost nothing about 3D and illustration. And things have moved on an awful lot since my student dabbling with AutoCAD, Finite Element Analysis and propelling pencils.

Concepts like augmented reality (AR) and virtual reality (VR) are nothing new and we’ve seen commercial applications for smart phones and tablets for several years. Plus, there are some interesting use cases emerging for aerospace MRO, which are moving some of the proofs of concept into real applications that show the power of those technologies with appropriate context for the MRO user. I’ve seen several demonstrations where a device can be pointed at a target, such as an engine or an airframe, and the software is able to identify the asset, without markers and overlay meta content or interactive 3D engineering illustrations over the target on the screen. Similarly I’ve seen demonstrations of 3D printers creating approved replacement parts from a downloaded file in minutes, offering the promise of disruption to the supply chain.

What’s holding all of this innovation and progress back?
It seems to me that the use of 3D in an aircraft maintenance environment is very much where mobility was just a few years ago. There are some dazzling demonstrations and clearly everyone has a desire to embrace the new technologies, but there is fragmentation and immaturity in the available solutions, resulting in inertia. The desire to move forward is there, but no-one is quite sure how to accomplish what they want in a cost effective manner. The underpinning infrastructure is not quite ready yet. I’ve not seen anything concrete go beyond the proof of concept stage as yet. How will these technologies centering on 3D ever make it past a business case for the mass MRO market?

Many problems lie at the creation end of the content lifecycle. In order for any 3D technology to work, there needs to be a 3D model of your asset or component in existence. Most next-gen aircraft have been designed using 3D CAD models and have been engineered with technologies like 3D printing in mind. More than a 1000 parts on the A350 XWB can be 3D printed, but what about legacy aircraft? Like any change to the form, fit or function to an approved part, such a modification needs to go through the appropriate design authority and be approved. The challenge of reverse engineering parts for legacy fleets would be cost prohibitive. Even seemingly simpler challenges like using an interactive 3D IPC for legacy aircraft cannot be achieved without the requisite 3D models. Not every aircraft was designed using CAD, and even if they were, they are in two dimensions and need to be converted into 3D models.

There’s no silver bullet with regards to format standards or illustration tools either. Conversion of illustrations between OEM and airline or MRO is becoming as problematic as data standards, whilst 3D files cannot be easily rendered by devices or browsers without pre-installed plugins. Clearly, there’s a long way to go before 3D really catches on, but as with mobility our industry had several early adopters and pioneers who figured out the solutions to these problems and forged a path that others could follow. It’s going to be interesting to see which trailblazers emerge… or at least that’s how I see IT. 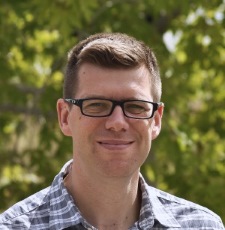