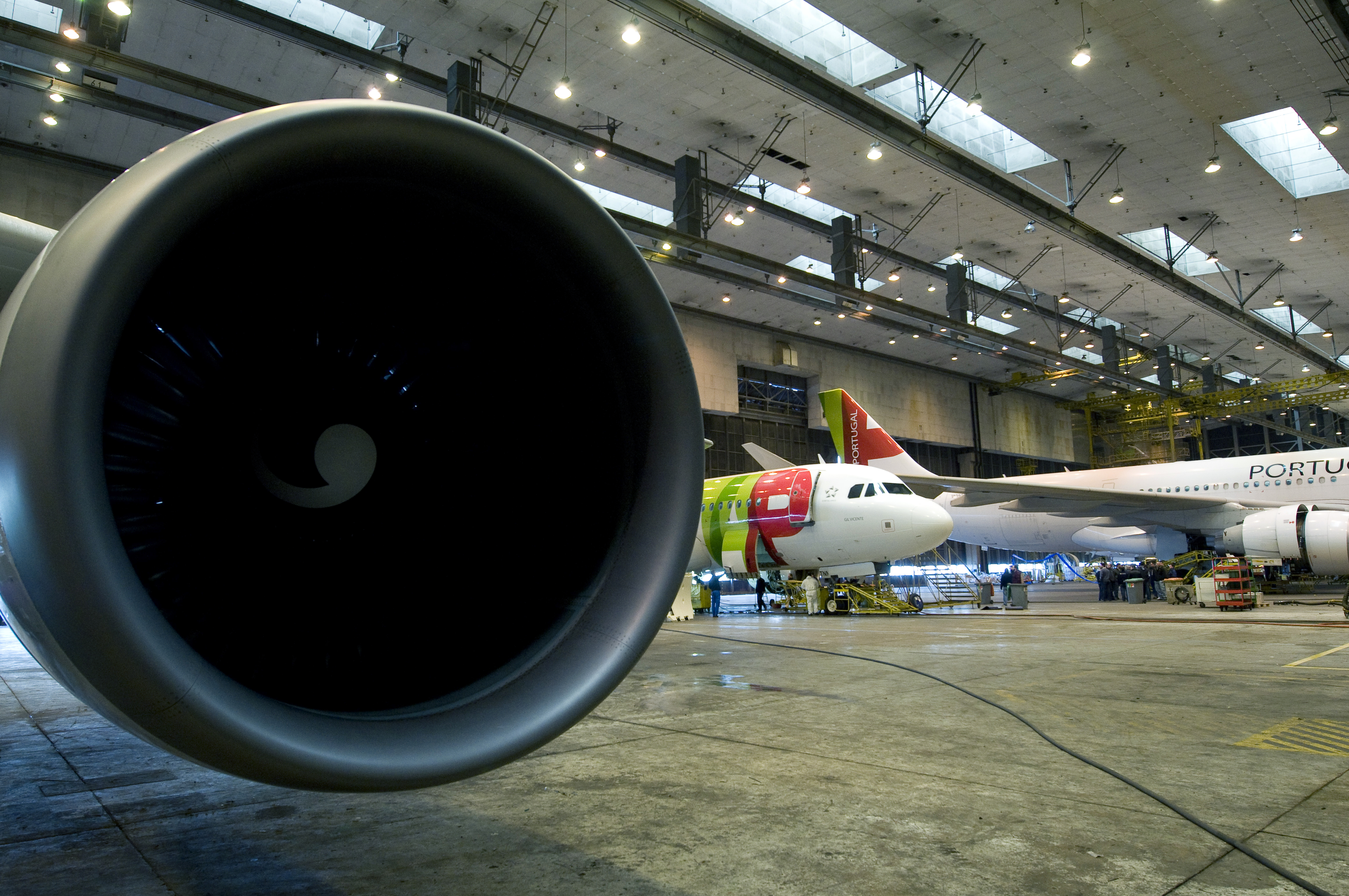 TAP Maintenance & Engineering (TAP M&E) has introduced state-of-the-art technology into daily engine overhaul operations. An innovative mobile solution harnessing RFID (Radio Frequency Identification Device) technology is being used to help trace engine components undergoing overhaul. This is believed to be the first such fully integrated operational RFID application to aircraft engine components within an MRO process. The system allows for improved real time visibility within the process to trace components from disassembly to re-assembly; it also generates operational efficiencies and helps secure full traceability and greater assurance for customer engines. With this technology, cost savings of more than 2.5 million € per annum are expected to be achieved. This initiative was successfully delivered in collaboration with MEGASIS (a TAP group company), Airbus, Accenture and OAT systems.

The mobile solution in the engine overhaul shop is called MEERA (Mobile Enabled Engine Repair Application) in which UHF passive RFID tags are encoded, printed and attached to engine components under overhaul. This helps operations identify each component through all subsequent processes during the overhaul.

The MEERA solution supports and enables operational users on the shop floor in all engine inspection workshop processes; specifically for instance:

TAP M&E is committed to continual innovation to realize the full potential from its business and in line with TAP strategy the key success factors are cost, turn-around time (TAT) and quality. Against this background, at the beginning of 2007, we decided to look closely at RFID, to support cost reduction and business growth in the engine workshop.

At that time, because RFID in Airlines and MROs was still at the innovation stage, no common standards had yet been established between Airbus and Boeing. Nonetheless, we had tooling problems that we felt could best be solved with this technology. Additionally, at that time, tracking tooling was more difficult, with the RFID tags and technology needed to build a strong project not yet available as they are today.

However, we soon understood that applying this technology to the engine workshop could generate improved safety, economy and quality in the processes that take place in that area; what is more, at any given time in that area we also have around 10,000 parts circulating for processing. As we saw it, RFID is all about visibility and tracking, which was exactly what we needed; therefore, after the initial internal analysis, we realized that, with an RFID application, we could get:

Moreover, we were able to create significant added value by leveraging an extensive capability in…

However, to deploy such a project we needed partners with specific knowledge of RFID, experience and knowledge of MRO processes, to work alongside TAP M&E and MEGASIS, its sister IT business in the TAP group. Interestingly, by the time that we had reached that stage, in late 2007, Airbus and Boeing announced they would finally adopt common RFID standards and, alongside of this announcement, Airbus called for a partner in this field: we knew it was time to start our project.

Although this system runs in a closed loop inside our MRO business, it is much safer, in terms of the future, that the standards applied are common to Airbus and Boeing. A simple example is that of OEMs (original equipment manufacturers) that do not yet comply with the same standards as Airbus and Boeing. A mixed team of TAP M&E experts, MEGASIS, Airbus, Accenture and OAT elements, started analyzing what would be the future mobile enabled engine workshop application. The first thing was to define the methodology:

We particularly focused on the processes of logistics/marshaling, repair and sub-assemblies, as those were where more pain points existed, such as:

In this analysis, we needed about nine months of continuous effort, until the business case was produced and validated by a functional PoC (fPoC);

Briefly, we established that we could bring about improvements to:

Importantly, we achieved a fast ROI (return on investment) within one year with a total identified benefit in excess of 14 million € over five years. The annual savings associated with inventory processes alone, added up to 1.6 million €. Interestingly, even during the fPoC stage, a quick win was found in the inspection workbook check: simply by using RFID tags in the inspection worksheet, we generated annual savings of 125,000 €.

On the strength of these conclusions, we decided to move on to a production project that would also be integrated with the engine workshop back office system Genesis II. At this point it is important to understand that TAP M&E, has its own IT platform, COSMOS (COmmon Structured Maintenance Operational Systems), built in house using MEGASIS and TAP M&E resources. It’s a custom made solution, where all vertical and transversal processes are present.

Genesis II is the new engine workshop management system. Aircraft engines are complex pieces of equipment consisting of modules and mini-modules and amounting to around 5,000 pieces in each unit, 500 of which, on average, require attention from the repair workshop as part of their maintenance circuit. And sometimes that involves dismantling or breaking them down into more basic parts: a job that requires great skill and thoroughness.

One of the most important factors to consider in the control process for engine maintenance activities is to ensure that all removed parts are permanently tracked until they are re-used or re-assembled. Equally important is to be able to find the one part among thousands that, for whatever reason, was incorrectly placed on the storage shelf or, from a parts inventory at a given location, automatically identify which parts do not belong to that location or to find missing parts needed to rebuild a module. The parts identification system is critical for the efficient management of all maintenance processes.

After removal and inspection to assess their condition, parts are identified with a unique code stored in the RFID tag, which is then glued onto the sheet that accompanies the piece in the workshop circuit, and is printed with the same detailed information (including its part number, serial number and industry, number) maintaining this identification to be re-installed in the respective engine, or destroyed if they are considered scrap. The code of the RFID tag is thus uniquely associated with the piece and all the detailed information on the accompanying sheet.

There are 10,000 pieces in circulation at any one time

All parts are subject to inspection after removal, and may thus be either considered capable of repair or consigned to scrap. So, what happens next? A set of steps is assigned to a spare and a repair following different circuits involving various jobs in different sectors, which are spread over several buildings. The useful parts are delivered to the logistics sector to be grouped in sets (mini modules) and mounted later. Even pieces that are in scrap condition must comply with specific procedures: there is a legal requirement for the logistics sector to ensure their destruction. Given all that, it is easy to understand why each part has to be closely identified with a label from its removal from the power plant until re-assembly or scrapping.

The visual process of reading the tag number and other information entered into it is very time consuming. It is estimated that, during the maintenance of an engine, it is necessary to carry out about 5,000 daily readings of labels; also bearing in mind that there are some 20 dismantled power units in the workshop at any time as well as there being some 10,000 pieces in circulation at any given time.

RFID technology thus has an important impact in dramatically reducing the time taken on these tasks as well as opening up new possibilities by facilitating a daily inventory of all parts currently in circulation in the workshop and/or in storage, in order to immediately detect any discrepancies.

As far as the financial aspect of this is concerned, the project to introduce RFID technology to the MRO process involved an investment of 750,000 € with an expected ROI of 2.52 million € per annum. Additionally, we acquired new competences in this field and started creating our own RFID architecture, which will be a key point when developing new RFID based systems.

The advantages of using RFID technology are, in summary:

Following from the success of this project, we are now extending RFID projects to tools tracking, life jackets and emergency equipment, as well as logistical support for Line Maintenance.