Case Study: PIC – Pilot in Command or Processor in Command?

With the advent of ever more complex IT systems, including the paperless cockpit, Ping na Thalang, Vice President Information Systems Dept, Bangkok Airways, asks: ‘Forget paperless, how about pilotless?’

“Aviation in itself is not inherently dangerous. But to an even greater degree than the sea, it is terribly unforgiving of any carelessness, incapacity or neglect.” Captain A G Lamplugh, British Aviation Insurance Group, London (early 1930’s).

Aviation is one operational field where error is not an option: it is not as forgiving as land or sea transport. The fact that we can carry hundreds of shirtsleeved passengers at near supersonic speeds more than 10km above the earth’s surface, is a feat that defies nature. If we get it wrong, nature, through the pull of gravity, will reassert its influence in a devastating instant.

In that context, it’s no accident that air travel has become the safest mode of transport. Ever since the first casualty from a 1908 fixed wing airplane accident, knowledge gleaned from air accident investigations has contributed progressively and cumulatively to the safety levels that aviation enjoys today. Disaster from the air creates tremendous damage aloft and on the ground, whether intentionally (through war or terrorism) or accidentally. Therefore, all appropriate human skill and knowledge must be applied to ensure that air transport remains the safest way to travel. However, in that, aviation may become a victim of its own success when the public takes air travel for granted, demanding more journeys to more places than ever before. 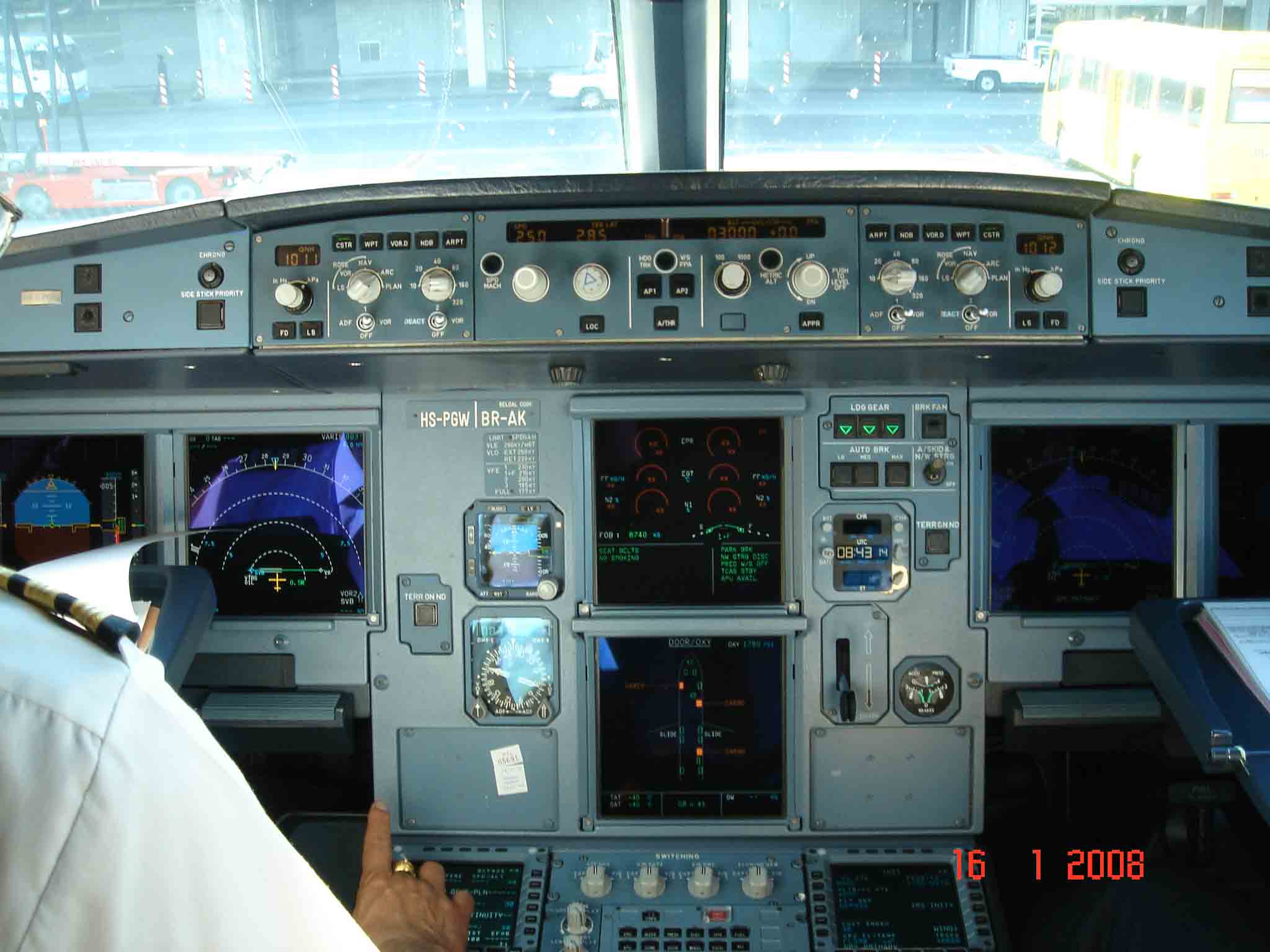 Each new generation of aircraft is designed to carry greater payloads over longer distances and in less time than its predecessors while, at the same time, being more energy efficient and environmentally friendly – a complex and contradictory set of parameters. It would be impossible for a human pilot, however skillful and knowledgeable, to manage one of these complex 21st century flying machines unaided. Technology supplies the key to ensuring that the apparently contradictory requirements of modern flight can all be met. Onboard automation systems are designed to assist the pilot in flying the aircraft. But automation in aircraft is nothing new: it has been around since Lawrence Sperry invented the first gyroscopic autopilot in 1912. Although the early Sperry autopilot and artificial horizon were analog devices, they prepared the ground for the digitized avionics systems that followed decades later.

It is said that if aircraft technology had advanced at the same rate as computer technology, one could buy a Concorde for a hundred dollars, or carry thousands of passengers on a round trip to the moon for just a few bucks. OK, maybe I exaggerate a little, but the explosive growth of digital technology in a last few decades has been clear to any computer user. Therefore, it is fair to voice the big question on many people’s minds: will the computer continue to play the role of ‘assistant’ to the pilot, or will it, one day, be the leading flyer of the aircraft.

Digital computer power is mainly derived from three capabilities: data warehousing, processing/communication speed, and analytical processing power. The first two (huge data storage and retrieval with rapid communication of data, voice and video) are what most people associate with computer power. However, it is the third, the analytical processing of information, which could elevate the computer from ‘follower’ to ‘leader’ in the cockpit.

Almost all modern aircraft – commercial, military and general aviation – have onboard computers of some kind. The most basic automation is an autopilot to help reduce pilot workload. But there is also fly-by-wire; digitized flight control, replacing heavy cabling (and direct human access to flight control surfaces) with lighter data connectivity and a smart box between the human and the flight control surfaces. Not only is flight control now computerized but also the navigation aspect of flight is digitized. The Flight Management System (FMS) manages almost all phases of flight, taking input from various sources (ground stations, satellites, other self-contained systems and pilots) to feedback the processed information via the Electronic Flight Instrument System (EFIS).

The powerplant is another key component now under computerized control through Full Authority Digital Engine Control (FADEC). Engine complexity (i.e. more thrust with less fuel and emissions, etc.) demands digitized control of all its parameters. Again, FADEC helps lighten the pilot’s workload when it comes to engine management. Unlike the autopilot mechanism, however, FADEC has no manual override should the pilot want to take full command of the engine.

A further manifestation of onboard digitization is the EFB (Electronic Flight Bag). Pilots usually carry heavy bags of documents, including charts, manuals, references, checklists and more. The time involved searching for a particular piece of information in one of these brick sized documents can be considerable and frustrating. Now, systems can manage all of those texts and graphics in a digital format conveniently packed into a lightweight notebook computer carried onboard or, in some versions, built into to the flight deck.

The ultimate testimony to digital flight management is the Unmanned Aerial Vehicle (UAV) and the ultimate UAV is the Global Hawk that flew from the USA to Australia in April 2001 without any human intervention. That was the technology of a decade ago when a computer could fly an aircraft across the Pacific. Computer power grows exponentially, so one can only imagine what a digitally managed machine could achieve today.

One obvious question regarding automation is ‘can a computer fail?’ The answer is, yes, it can: not through its own mistakes but because of human error in design, coding, testing, documenting, implementing, maintenance, etc. of the machine. It all comes back to ‘human error’; but now that’s not pilot error. However, computer error becomes rarer by the day with better standards, education and training, development, and testing, plus more rigorous and systematic certification criteria.

To the question of whether digital automation can technically replace human pilots, I would answer a definite ‘yes’.

But, a more important question is, ‘do we want to replace pilots with computers?’ That is a tougher one to answer. The first thing to consider is the flying public. Without the result of any scientific survey, I’m going to guess with reasonable certainty that most people will prefer to have a living, breathing human pilot on board. We also have to consider the pilot community and I’m pretty sure that they would want to still be in the picture. The key issue in the future (or, at least, the immediate future) is how the human pilot and the powerful computer can safely co-exist on the flight deck. The issue in the future won’t be so much about machine failure, nor human failure per se. It will be about human-machine interface failure or human failure to manage the complexity of the airborne computer.

In the past, pilots were expected to use their ‘gray matter’ as the primary source of information and processing. They were trained and drilled to work in an emergency, where instruments and equipment had failed. But pilots with too much of the ‘seat-of-the-pants’ approach might resist the demands of modern technology and refuse to acknowledge the inner workings of a digital computer. Against this, today’s young iPad generation pilots may embrace new technology much better than older colleagues but, if they over embrace it, when there’s a computer malfunction, they won’t be prepared to take the command and make their own decisions in time.

It’s interesting to note that Brazilian maker Embraer (for its future ‘Legacy 500’ business jet) takes a hybrid approach, allowing pilots to maneuver aircraft in certain risky situations, while preventing them from taking the aircraft into other, what Embraer considers, dangerous configurations.

As you can see, there’s no absolute right or wrong approach. The key factor is the training pilots receive compared to the type of the aircraft they will fly. For pilots trained to exercise final authority; if flying an aircraft that won’t allow them to do that, there would be a problem. On the other hand, pilots well trained in managing the automated systems, but lacking the skills for manual flying will experience a problem if required to fly an aircraft that anticipates some level of manual control in certain circumstances.

Until the day when there are only two buttons on the flight deck that say ‘start’ and ‘stop’, the key to safe flight will be the attitude of the human pilot toward his or her equipment. The right attitude comes from right kind of selection, the right kind of education and the right kind of training.

“Hey – what’s happening here?” were the last recorded words from the captain of Eastern Flight 401 before it crashed into the Florida everglades on 29 December 1972. Those words of bewilderment did not stem from miscommunication with the digital system, but they could be the last words of any pilot who doesn’t have a full grasp of their digital co-pilot.

The flightdeck environment and surprises don’t mix. When the flight is uneventful, and everything goes well and according to the flight plan, human and machine co-exist peacefully. But when an emergency arises, there must not be any question nor doubt of who is in command – PIC (Pilot-In-Command) or PIC (Processor-In-Command).

“An airplane may disappoint a good pilot, but it won’t surprise him.” 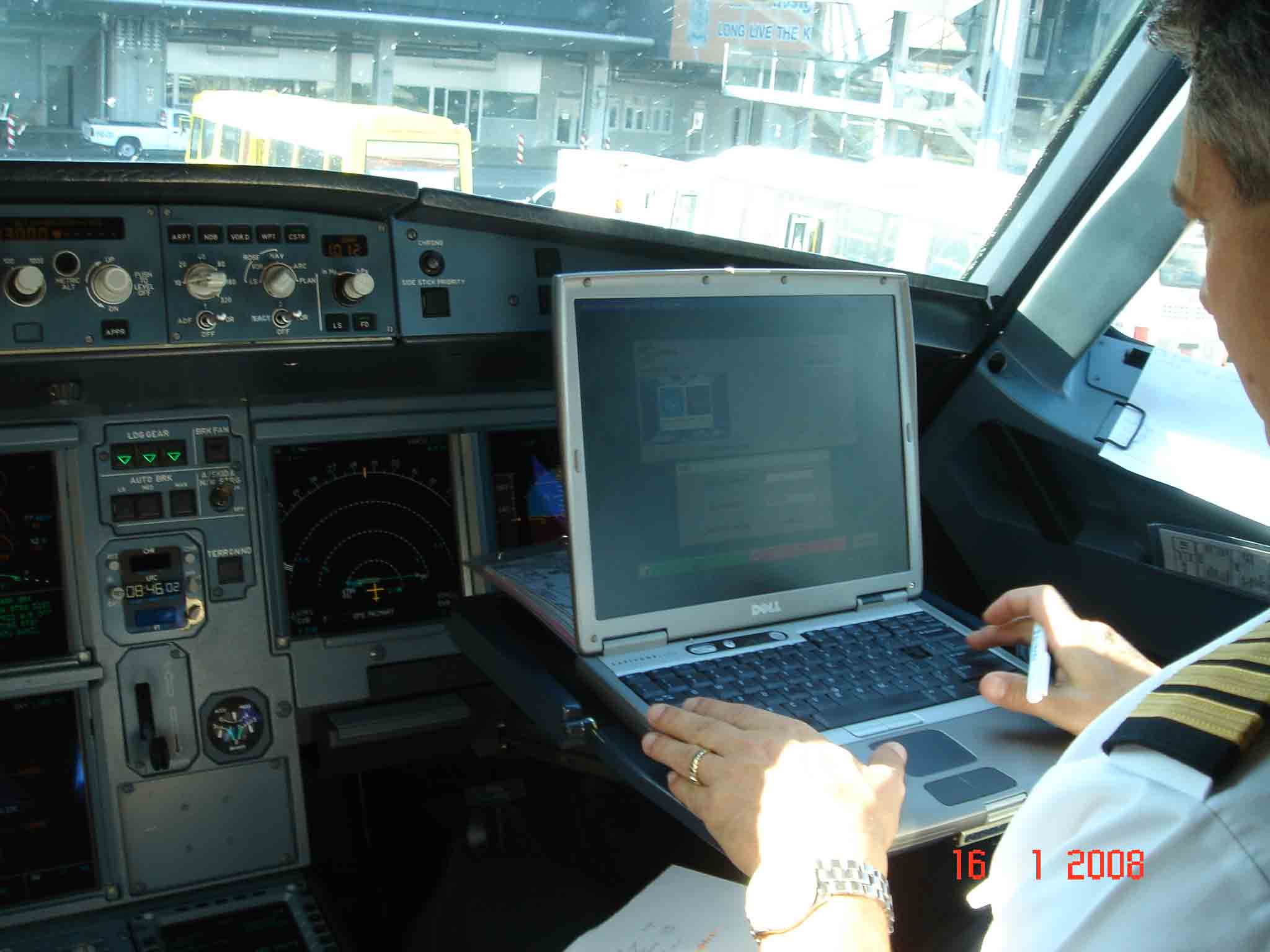